Would you give me a makeover

... what takes a long time is finally going to be good: my "old lady" named Korg CX3 (the one from so far earlier, built in 1979) is getting a new inner workings.

After I had postponed the project again and again, the package with the new electronics from Carsten Meyer was in the post about two weeks ago, and it could start - this is what 35 years of technological history look like in a confined space: 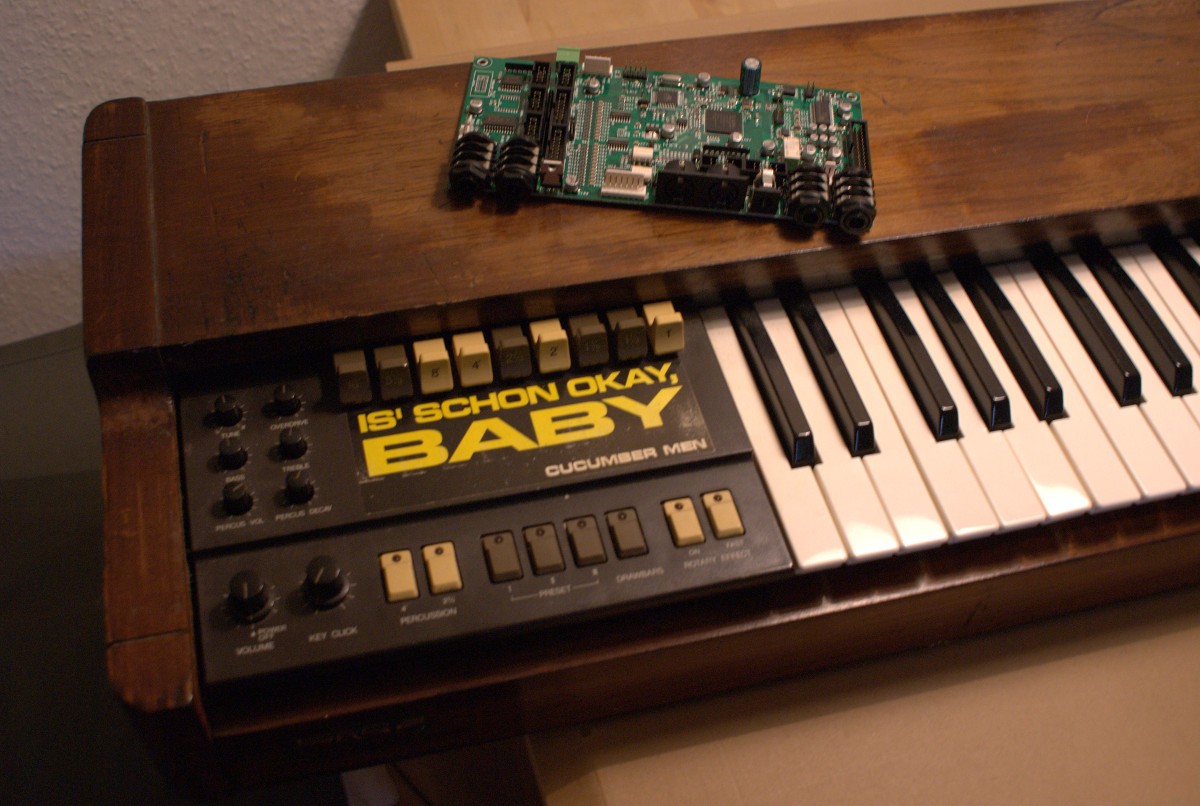 Background to the whole story: The old CX3 has already seen quite a few stages and actually still makes a very good impression. Nevertheless, sooner or later the first quirks began (https://www.musiker-board.de/threads/alte-cx-3-gluckst.473131/), and after the SM304 / 305 are meanwhile weighed in gold, if you still get it, the idea had matured for a long time to build a new interior there: the HX3 (http://www.keyboardpartner.de/). I've been following the development of this FPGA simulation for a long time - and the new version came just as it was called when it became clear some time ago that I would have time and inclination for a more extensive project again.

In the meantime I have brought the sound with tube preamp and fan quite close to an "official" Hammond clone (and actually have a very nice copy in the Kronos) - but the octave divider sound is a bit peculiar. A change to another alternative was somehow never an option: firstly, I have grown fond of this instrument with its patina, which I bought from my first coverband fees 20 years ago, secondly, I always wanted a really good, compact organ with "everything in it." "You can have little cutlery without additional scraps, and thirdly, of course, real drawbars cannot be replaced by anything - except with even more drawbars

So, let's get to work - first see what it looks like inside (more in detail later):

Before things really started, however, the first official act was - where the organ is already open - the renewed attempt to repair a key that has been crooked for almost as long as I have had this organ because of a broken lug. On the first picture you can see it on closer inspection: The deepest "A" tilts a little to the left. Apart from the fact that you had to be careful with Glissandi, that never really bothered me, surprisingly, but now I'm gripped by ambition - it has to be "properly" integrated again.
So we looked for a small scrap piece of plastic, filed it down (also straightened the breakage - because previous repair attempts always failed), and glued it cleanly. So that you can see it better, I didn't use a white plastic part, but blue Result: works (and at least passes the first stress tests)