What doesn't change over time

"Changing the clock does not change the time"

The time change is carried out by Prof. Dr. In contrast to other contemporaries, Karlheinz Geißler was relaxed. The 72-year-old time researcher, who wrote the book “Time is honey: About the clever use of time” with his son Jonas Geißler, doesn't wear a watch and rarely looks up what time it is. In an interview with the VdK newspaper, he advised a more flexible approach to appointments and appointments. 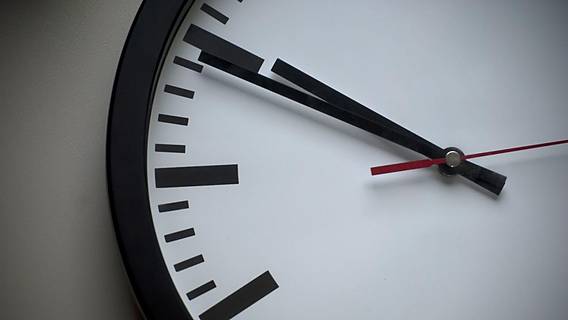 VdK-Zeitung: Did you notice that I called on time?

If someone is late for you, is that not a problem?

Geissler: No. If you arrive five minutes late, you won't be late for me. I just have tolerances.

On the night of October 29th, the clock is put back one hour. At the end of March it will be advanced again by an hour. This is repeatedly criticized, also by politicians. What do you make of it?

Geissler: In contrast to the statistically recorded 74 percent of my fellow citizens who would prefer to abolish this event, I have nothing against the annually recurring ritual of changing the clock. It doesn't change the time, which is more important to me than the clock. I think there are more dramatic and more rewarding events to get upset and, if need be, to get outraged as needed.

But there are always reports of a higher number of accidents at the beginning of summer time.

Geissler: There are too. This is simply because people are not well rested because they have to get up earlier and are then less attentive and therefore cause traffic or work accidents. But the excitement is always short. Because it's not a serious problem either.

How could one prevent the accidents?

Geißler: By introducing flexitime. Many companies already have this. Companies don't want employees to come to work without sleep and then work ineffectively. It's unprofitable. You'd rather that the employees have had a good rest. That is a tough economic calculation.

Both sides benefit from flexitime, employees and employers - a win-win situation.

Geissler: Yes. Exactly. One of the few that exist in the companies.

But what advice do you give parents who have to get their children to school on time?
Geissler: Change the school. Parents have to change schools. That's terror. I was a teacher myself and I made it through that I didn't have to teach until ten o'clock. How is school supposed to prepare for life when there is flexitime in companies and not in school?

But that's not that easy. You have to adhere to the state guidelines. How did you get your children to school on time?

Geissler: Of course the children got up with the alarm clock, which I think is terrible. Why can't the children start between eight and nine o'clock? The first lesson is then organized in such a way that children come to the classroom every now and then. Students can ask questions to the teacher in the first lesson, homework can be discussed individually. You are of course not allowed to write a class test in the first lesson.

How can people who do not have flextime deal better with clock changes? Make fewer appointments?

Geissler: I only make one appointment a day anyway. That's enough. And I advise you not to organize a point in time, but rather a period of time. I always make appointments flexible.

Do you usually come too early?

Geissler: I have a tendency to come early. But I have no problem with waiting. I then look around, watch the people.

How long have you been living without a watch?

How can you make yourself independent of the clock?

Geissler: Live according to fixed procedures. I always do the same thing at certain times. I get up at about the same time every day, have breakfast, read the newspaper - it can sometimes take longer and sometimes shorter - depending on how interesting the reports are. Then I make myself an espresso and after that I go to the computer and work. The same procedure every day. I don't need any time for this.

It's enviable how you can live largely without a time.

Geissler: Well, for someone who wants to experience a lot, it's not a good life. I don't have an exciting life. But I never felt the need to have a lot of action either.

Is this attitude to life related to your polio?

Geissler: I can't accelerate because of the polio. I am forced to live slower. I can do without a lot in life. Others cannot, including one of my sons. These people have to pack a lot into their time.

But almost no one is exempt from this, neither a student nor a top manager.

Geissler: We live in a time in which money is earned through consolidation. That brings us prosperity, and everyone has to participate.

Except retirees and retirees. Or is it not?

Geissler: Germans tend to buy an alarm clock if they are flexible in terms of time so that they are not flexible. My tip: Throw away the alarm clock when you retire.