Benchmark test: this is how you put your smartphone through its paces

The GeekBench benchmark tool primarily tests the processor's performance. GreekBench focuses on the one hand on the performance of the software with an activated computing core, the so-called single-core mode, and on the other hand on the performance when all cores are active, i.e. in multi-core mode. The tool can also test the graphics card and the battery life of a smartphone separately. You can find the app for free in the Play Store and App Store. 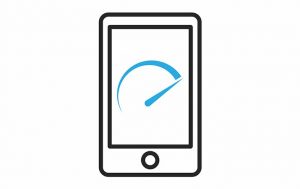 A benchmark shows you the theoretical performance of your smartphone.

Current results of the GeekBench test from August 22, 2018 show a slightly different order than AnTuTu. Here, the iPhone models are clearly ahead of Android smartphones in terms of points. In the MultiCore test, the iPhone 8 with 10116 points, the iPhone X with 10121 points and the iPhone 8 Plus with 10174 points achieve far more points than the top models with the Android operating system. The OnePlus 6 is twice the top with the 8909 and 8884. The HTC U12 Plus is in third place with a score of 8674. The Samsung Galaxy S9 + comes in fifth with a score of 8670. Almost all current top models are above 8000 points. Only the devices from Huawei with their Kirin processors performed worse in GeekBench and achieved a value of just under 7000 points. Current mid-range models are a bit lower: The Honor 9 scores 6270 points in the test, while the Nokia 8 scores slightly better with 6434.

Another benchmark app is PassMark. You can use it to test the processor performance and graphics card of a smartphone using various speed tests. You can download the PassMark app free of charge from the Play Store and the App Store.

In a test from August 22nd, PassMark showed completely different results compared to the other benchmark apps. Here, the LG G7 takes first place with 15,960, followed by the LG V30 with a value of 15,703. In third place is an Asus smartphone, which is in all probability the ZenFone 5Z. The Samsung Galaxy S9 + also lands in the top 10 with 14,362 points. The iPhone models do worse: The iPhone 8 achieves 10,128 points and the current top device, the iPhone X, only has 8,773 points.

How meaningful is the benchmark value? 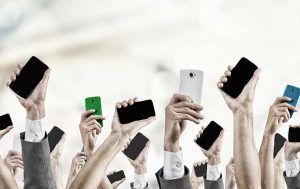 When buying a smartphone, you shouldn't rely solely on benchmark values.

Opinions about the power of the benchmark test are divided. In fact, the tests are primarily of interest to technology enthusiasts and gamers. What is important is which properties the respective benchmark focuses on, since all apps have different priorities and deliver different results. For average consumers, the benchmark tools are more of an idealistic value, as only a fraction of the functionality is measured. That's why you shouldn't rely solely on the analysis of a benchmark test when buying a smartphone. It is better to use test reports from DEINHANDY or other portals for assessment. It is also important to include the manufacturer's specifications and to try out the smartphone yourself if possible. And if you do use benchmarks, make sure that you always compare several analyzes.