What is a shape 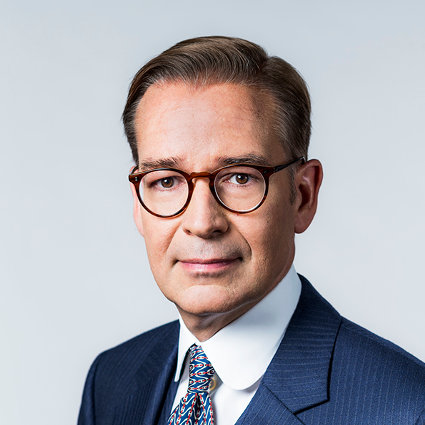 is General Manager of the German Design Council. The foundation was established in 1953 on the initiative of the German Bundestag with the aim of promoting the economic and cultural factor of design in industry and the public. Among other things, Kupetz has advised the European Commission on issues relating to European design policy and is the publisher of the specialist magazine Designreport.

The term form initially describes the delimitation of a volume or a mass in space. But the form is a broad field, a term with numerous interpretations from a wide variety of contexts. For us designers it is elementary, as we see ourselves as shapers. But even in our discipline, the relationship to form has been reconsidered a few times - basically right from the start.

With the emancipation of industrial design from the models of mostly handcrafted designs at the beginning of the 20th century, form was given a compelling context: function. As the architect Louis Henry Sullivan put it as early as 1891, a form has to follow a function in order to be meaningful. Although Sullivan's function was still a very open term to which he included all, the subsequent theorists of modern design succeeded in making the form appear as the logical consequence of a purely technically determined function concept for at least eighty years.

For almost the entire 20th century, it was a kind of ultima ratio that form had to follow function. In the content-related curtailment of Sullivan's thesis to the pure statement form follows function The design concept of the industrial age only got its meaning. In our century, however, it makes much more sense to read and understand Sullivan's thesis in its entirety: All real manifestations of the head, heart and soul have their function and thus naturally always have a form that expresses them appropriately. The German designer Hartmuth Esslinger also wrote a battle cry for postmodern design: form follows fun.

As a consequence of the global transformation of the economy of basic needs to an economy of possibilities and desires driven by the consumer and his differentiated needs at the beginning of the industrial design, a process of transformation has also begun. In the course of the decreasing importance of industrial production in the economic systems of western societies and the associated increasing segmentation of the markets, the reference system of design that shaped the 20th century has been shaken. As a result, there must be discipline Industrial design to make friends with the apparently inevitable development that probably began with the Memphis movement * in design and has meanwhile shaped most consumer goods, namely that of viewing product design first and foremost as a formalism.

* Association of textile, ceramic and furniture designers founded in Milan in 1980.

While design in the last century sought to define itself primarily in terms of its demarcation from art as a discipline, it has lost its demarcating counterpart in the past twenty years. The earlier antipodes of design and art have moved closer to one another in recent years and largely follow the same rules in production and the mechanisms of the markets. Be it to achieve unique (non-serial) results in experiments with materials, shapes and processes, be it in the system of marketing via galleries, trade fairs and auctions. If one can describe the essence of art as purposeless research using artistic means, then this description can also apply to design. Because it is difficult to argue that there is a real purpose in the shape of a chair, which, based on a briefing, is supposed to be similar to another chair but different from this one.

The form, which has freed itself from the industrial conditions and the associated physical demands on the dimensions of the feasible, can take on any shape. The question of the appropriate form for an object, which should be derived from its function, has become obsolete since thousands of functions can be stored on media that are only a few nanometers in size.

In addition, there is no longer any behavior or rule pattern for the designer that draws from an ideology inherent in the discipline. Nevertheless, the design of the 21st century is only partially an individualistic matter. Design still operates in a stylistic system that, unlike in the times of functionalism, is pluralistic and essentially characterized by questions that almost imply an aesthetic expression, a specific formal language: On the one hand, there are purely technological questions, on the other hand, questions that are based on popular or elitist social trends, on innovative or traditional social concepts. They are starting points for the respective formulation of group-specific answers and you will find different but identifiable aesthetic preferences in these answers. These are stylistic features that are designed for the long term and therefore permeate every design and thus seem to be located in a stylistic system. This is how these formal languages ​​behave like the aesthetic models or visualizations of space-consuming social ideas that take place in parallel.

This thread has been closed.
<?