What is the capital of Ukraine 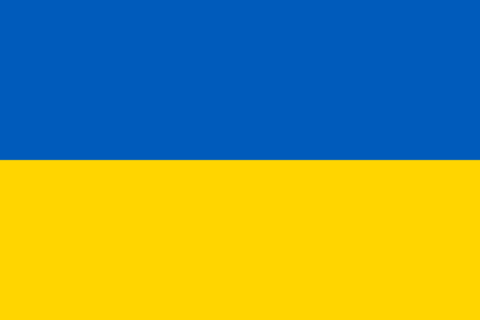 Ukraine is located in the east of Europe and is the second largest country on the continent. Its neighboring countries are Poland, Belarus (Belarus), Russia, Romania, Moldova (sometimes also called Moldova), Hungary, and Slovakia. The country is bordered to the south by the Black Sea and the Sea of ​​Azov. The winters in Ukraine are very cold and the summers are warm.

Between east and west

Ukraine is a parliamentary-presidential republic. The president, elected by the people for five years, is the head of state. The head of government is the prime minister. The capital of Ukraine is Kiev. This is where most of the political decisions are made. The politicians disagree about the political orientation of their country. Some want a closer look at Russia. Others, however, would like Ukraine to turn to the West. Many Ukrainians are also in favor of joining the European Union.

In the past, Ukraine was almost always ruled by foreign powers. In 1918 it achieved temporary independence until the country came under the domination of the Communist Soviet Union in 1921. Ukraine has been an independent state since the dissolution of the Soviet Union (Russia is the successor state of the Soviet Union) in 1991. But Russia's influence on politics in Ukraine is still very great.

In early 2014, there were violent clashes between government and police critics in Ukraine. The President of Ukraine lost parliamentary support and left the country. There was great political unrest and uncertainty about the future of Ukraine.
Russia took advantage of this unrest for its political goals. With the support of the Russian majority in Crimea, it has taken the Crimean peninsula from Ukraine and made it part of Russia. The protests of many Ukrainians as well as the European Union or the USA could not change that. The Crimea is important to Russia because it ensures access to the Black Sea for the Russian fleet.
Many people with Russian roots live in eastern Ukraine. Some of them want all of Eastern Ukraine to become part of Russia too. So-called separatists are trying to force the detachment of this part of Ukraine. To date, no solution to this conflict has been found.

Lots of natural resources and a serious misfortune

The economic priorities in Ukraine are different. There is a lot of agriculture in the west. For example, winter wheat, corn, barley, sugar beet and potatoes are grown there. The east of the country is characterized by heavy industry. Ukraine is rich in natural resources: there are large deposits of coal, iron ore and metals, as well as oil and natural gas.
The population is still feeling the consequences of the serious accident at the Chernobyl nuclear power plant in Ukraine. The disaster in 1986 made parts of the country contaminated and uninhabitable. Since then, Ukraine has been striving for more environmental protection.

Most Ukrainians speak two languages: Ukrainian and Russian. Russian is widely spoken, especially in the south and east of the country. The official language is Ukrainian. It is a compulsory subject in all schools and increasingly also the language of instruction.

The landscape in the west is shaped by the mountains of the Carpathians. Here are the last real primeval forests in Europe. The national plant is the sunflower. There are over a dozen national parks in Ukraine, which are home to many rare animals. There are even monkeys and the African ostrich in the Askania nature reserve. The Carpathian National Park is particularly beautiful, as there are many plants and animals that are threatened with extinction and are on the so-called Red List.