What are Molex Connectors

What is a Molex connector?

There are several types of connectors on a computer that are used to wire certain components such as hard drives, drives, or case fans. The connection to hard disks and optical drives, for example, is now usually established via SATA connectors.

Molex connectors have a maximum voltage of 12 volts, which can be throttled by the Molex connector with a resistor. A throttling of the voltage is necessary for certain components that require less power than 12 volts or are to be operated with less voltage (e.g. fans). 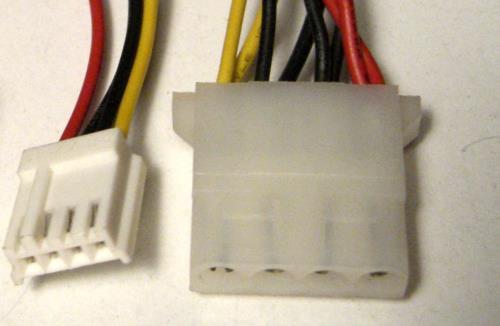 Case fan as an example

Case fans that are supplied with power via this plug connection can have a diameter of 4 cm to 18 cm. These fans convey air into the housing or convey warm air out of the housing, thereby cooling the components in the housing. 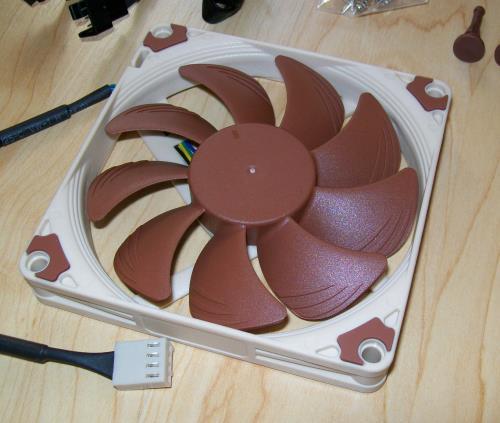 They are distributed on the case, on CPU coolers, on graphics card coolers and at various positions in the case. In the case itself, case fans can be attached to the front, back, top, bottom and on the sides.

Resistors can be used to regulate the fan speed, which can reduce the voltage from 12 volts to 5 volts. Alternatively, potentiometers can also be used, which enable the fans to be continuously regulated. Nowadays some fans are connected directly to the motherboard, which has several Molex connections for this purpose.

It is possible to use the fan with temperature control on the motherboard itself. This allows the fans to spin more slowly at low temperatures than at high temperatures. 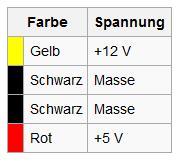 Molex plugs have a minus and a plus pool and a pool for grounding. With some plugs, however, there is an additional cable that enables pulse modulation. In this way, for example, pulses can be sent to a fan at short intervals so that it rotates at a certain speed.

Pulse width modulation in fans is also known as PWN. Fans with PWN function are equipped with Molex connectors, which have an assignment of 4 cables. Fans without PWN function, on the other hand, have plugs that only have three cables.