Is FGM a tradition in Saudi Arabia 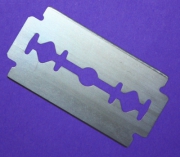 The "Inter-African Committee on Traditional Practices Affecting the Health of Women and Children" (IAC) proclaimed the "International Day of Zero Tolerance Against Female Genital Mutilation" in 2003 in order to make the world public aware of the problem. The organization IAC, which has existed since 1984, has been campaigning against genital mutilation for many years.

According to Unicef, the number of circumcised girls and women is estimated at 150 million. Around three million girls are circumcised annually - that's 8,000 girls every day. They are between seven days and fourteen years old, usually four to eight years.

Female genital mutilation is traditionally practiced in 28 African countries. A particularly large number of young women and girls are affected in African countries such as Egypt, Guinea, Sudan and Eritrea. In Egypt, for example, the proportion of girls and women who have been forcibly circumcised is 91 percent. The practice also occurs occasionally in some Asian (such as parts of India, Indonesia, Malaysia or Sri Lanka) and Arab countries (including Yemen, Oman, Saudi Arabia).

In genital mutilation, part or all of the clitoris is removed. In particularly severe cases, the vagina is sewn up and only a small opening is left. All forms of female genital mutilation are irreversible and, in addition to lifelong trauma, often result in infections and complications during childbirth that can lead to death. The World Health Organization (WHO) estimates that up to 25 percent of those affected die from the immediate and long-term consequences.

Put an end to the bloody custom - international solidarity - fight

The German government condemns the cruel practice of genital mutilation as a serious violation of human rights and violence against women.

And more and more African women and men are convinced of the pointlessness of the custom. They want to keep their daughters from being mutilated.

In almost all affected states, non-governmental organizations are now fighting to overcome this harmful tradition. Education about the consequences of mutilation has proven to be the most effective means of getting the general public to change attitudes and abandon this bloody practice. Most African organizations lack the necessary financial resources for nationwide awareness campaigns.
In Germany, Terre des Femmes and the association (I) ntact, together with its partner organizations, campaign against female genital mutilation.