There are limestone exporters from India

The largest natural stone nations in the world

The concentration in the global natural stone sector is great. In 2017, more than 56% of all granites, sandstones, marbles, limestones etc. mined worldwide came from China, India and Turkey. The 14 largest natural stone nations achieved a world market share of over 85%.

The mining and use of natural stone is increasing steadily. According to the Italian statistician Dott. Carlo Montani 75 million tons of raw material were extracted worldwide in the year 2000. In 2017 it was already 152 million t or 56.2 million m³ and thus more than twice as much. The majority of the quarrying was made up of 58.6% marble, limestone and sandstone, 37.8% was granite, the rest was slate and other stones. Around three quarters of all natural stones in 2017 were used for indoor and outdoor construction work (floors, facades, etc.), the rest was mainly used for tombs. The global total consumption was 1.66 billion m² with a thickness of 2 cm. Per 1,000 inhabitants of the earth it was an average of 264 m² with a thickness of 2 cm.

Trendy Brazilian quartzites
Natural stone with a "marble character" is in demand. These are stones with a fine, barely recognizable grain and a beautiful, drawn structure with elegant veins and subtle colors. Quartzites from Brazil have exactly these properties and have been flooding the market recently. These quartzites come mainly from the state of Bahia, but also from the north of Brazil, from the region of Sobral in the state of Ceará. Companies that once broke around Vitória or Cachoeiro in the state of Espirito Santo have moved there with their equipment and workers. Not far from the equator there are countless fractures with various exotic quartzites. Not all are geologically pure quartzites, but are marketed under this group. This is where the materials TAJ MAHAL, NACARADO GOLD, which have long been known in Europe, as well as the newer quartzites CIELO, ARCOBALENO, INFINITY BROWN, INFINITY DARK, BRECCIA IMPERIALE and many more come from.

The mining areas further south are also experiencing a renaissance. The state of Bahia is known for the traditional blue quartzites AZUL MACAUBAS, AZUL BOQUIRA and AZUL IMPERIALE. From there, new white, gray and black quartzites come from, which were presented in June 2018 at the natural stone fair in Vitória. They have imaginative names such as QUARZITE MONTBLANC, QUARZITE COURMAYEUR, AZUL MARINO, WAKANDA or BRILLANT BLACK and are already used in many natural stone companies in Brazil and Italy. Modern equipment is required to produce polished slabs of huge dimensions from precious quartzite blocks. They also cover a long distance before they come into their own as kitchen worktops, in furniture construction or in exclusive bathrooms. Nevertheless, the demand for these quartzites is increasing. In North America they have already overtaken fine or coarse-grained granites. 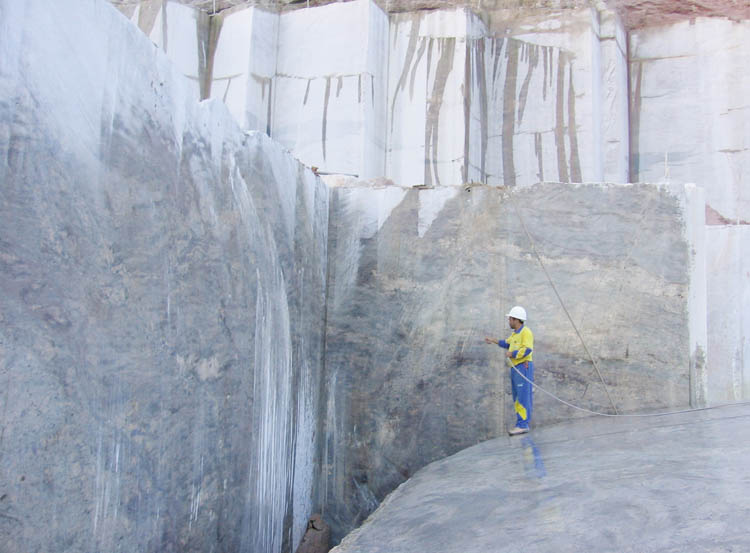 Eldorado for stone buyers: The "Marble" in Izmir
The international natural stone fair Marble took place in Izmir for the 25th time on an enlarged exhibition area from March 27th to 30th. With around 1,200 exhibitors, this event in rock-rich Turkey is always an Eldorado for stone buyers. In 2018, the organizers of the fair counted 1,160 exhibitors, 246 of them from abroad, and 63,314 visitors, of which 9,790 (15.5%) from abroad. 1,500 rough blocks were presented. There was a large selection of marble, travertine and onyx.
www.fuarizmir.com.tr

New date for the Xiamen Stone Fair 2020
Due to the corona crisis, the Xiamen Stone Fair was postponed again. The new date for the end of October 2020 cannot be kept. The next fair will now take place in 2021, an exact date is not yet known. The organizers made the decision because the unsafe situation, limited flight permits, quarantine when traveling abroad and delays in issuing visas make it difficult for the natural stone industry to come together this year. The "Cloud Xiamen Stone Fair" platform is now acting as a meeting point for experts and will continue to be used by the Xiamen Stone Fair team. Products can be presented, negotiations carried out and new contacts in the industry made there. This platform is to be expanded further in the future, for example through online events, product applications and webinars. Visit www.stonefair.org.cn for more information.

Import and export
The global trade volume in 2017 was just under 57.97 million t. Almost 32 million t of all natural stones offered worldwide were raw materials. As with production, the world market for imports and exports is also dominated by a few countries. China imported 14.7 million t in 2017. Leading in exports to India. The country sold almost 11.5 million t abroad in 2017. The third largest exporter was Turkey with almost 8 million tons. Italy (2.9 million t), Brazil (2.3 million t) and Spain (just under 2.2 million t) follow at a considerable distance. 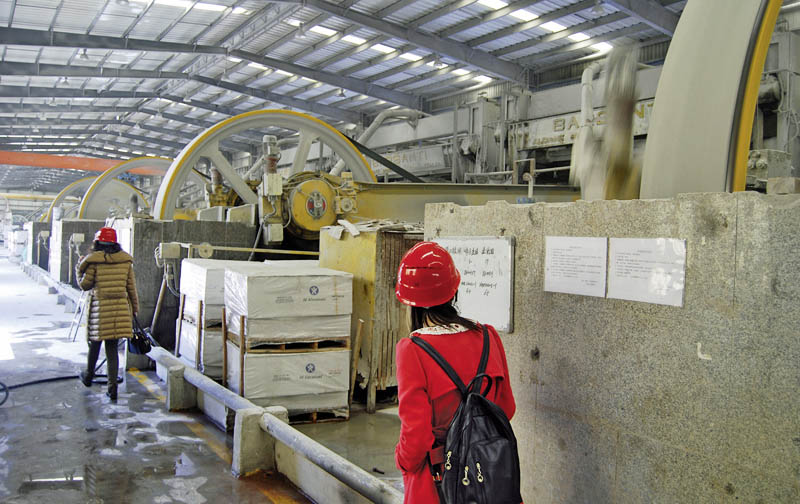 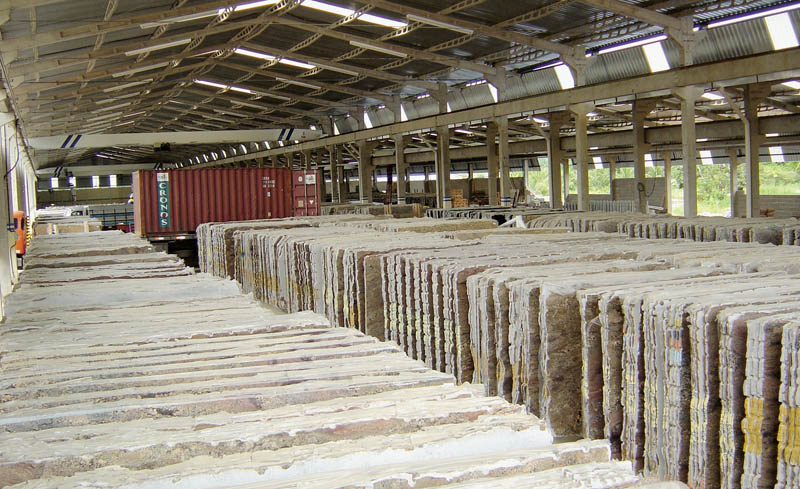 For more information on the 28th statistic "Marble and Stones in the World" by Dr. Carlo Montani can be found in Natural Stone 11/2018.

Italy in crisis
Even before the start of the Corona pandemic, the export-oriented Italian natural stone industry published an initial evaluation of the 2019 figures. Compared to 2018, the export figures have developed significantly negatively. For Flavio Marabelli, this is primarily due to political instability on an international level. The honorary president of the industry association Confindustria Marmomacchine points to the negative influence of the tariff wars sparked by Donald Trump and the competition from "alternative materials" such as ceramics, engineered stone and other materials with which a growing number of manufacturers are imitating natural stone. To make matters worse, Italy is also particularly badly affected by the effects of the corona pandemic. Among other things, the country has to cope with the economic consequences of a particularly far-reaching and long-lasting lockdown that began earlier than in other countries. You can read more about this in Natural Stone 5/20, starting on page 26.