Do you prefer Fox or CNN

Racism and the US Media

"Michael Brown was the bad boy in this case," said award-winning journalist Bernie Goldberg on Fox News, adding, "Please America, let's not make this kid a civil rights martyr. Because he's not!" The show aired the night immediately after the jury verdict on Michael Brown was announced and the jury ruled that the white cop should not be charged with the fatal shooting of Michael Brown, a black teenager. 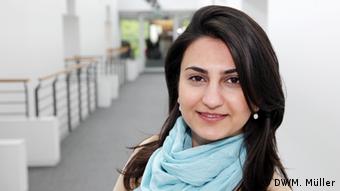 Immediately after the verdict was announced, thousands of people protested the verdict. Big TV channels like CNN, Fox News, ABC News or NBC News followed the events almost every second. They all showed pictures of angry and - mostly - black demonstrators who smashed windows or pelted the police with stones. Images of rioting and looting. But little attention was paid to the question of why people got so angry and what they were asking for.

"Protest images are attractive to the media"

"Images of violence in the streets or broken windows are attractive images for television," Professor Robert Mathew Entman of George Washington University told Deutsche Welle. He deals intensively with the connection between racism and the media. "Such images create a lack of understanding in society," he adds. Because they did not provide any explanations for the protests.

The outrage over the jury's verdict was not over when the second verdict on the Eric Garner case became known. Garner was suspected of illegally selling cigarettes in New York last summer (July 17, 2014) and was struck down by an officer. The heavy and asthmatic man gasped a good dozen times: "I can't breathe." Then he died of heart failure.

Gap between black and white

Since the jury verdict on Eric Garner, several thousand people have taken to the streets almost every day. They block main roads and shout Garner's last words: "I can't breathe!" But the media seem to have learned little. These mostly peaceful protests are also linked to police scenes by the major news channels. In this case, too, little attention is paid to the question of whether the deaths are possibly related to disproportionate police violence. The images were not only used to disseminate information, but also form opinions, says media scientist Entman.

"Unfortunately there is an ideological split in the US and the conservative media stand behind the police, even if they make terrible mistakes." Entman fears that such reports will widen the divide between "whites and blacks" in America. "And that's the real tragedy about it."

The gap is widening not only through images, but also through dissemination of information. Because in the past few weeks, some news channels provided statistics that were not true. On August 20th, the African-American CNN presenter Larry Elder asked his guest, Professor Marc Lamont Hill, how often an unarmed "black man" was shot by a police officer. The professor replied, "Larry every 28 hours, every 28 hours." The professor referred to a study by the "Malcolm X Grasroots Movement", a human rights organization.

"Politi Fact", a pool of journalists and editors who check the work of their colleagues, took a closer look at these statistics. And declared on their #link: http: //www.politifact.com/punditfact/statements/2014/dec/04/bill-oreilly/bill-oreilly-cites-faulty-data-claim-about-shootin/: website # that these numbers had no scientific basis and were only determined by an amateur researcher.

Fox News presenter Bill O'Reilly was similarly lax with statistics on his December 1, 2014 show. There he referred to information from a US government agency and claimed that the number of "black Americans" killed by the police had declined by 70 percent over the past 50 years. "Politi Fact" also checked this case and came to the conclusion that the figures were not complete and therefore not reliable.

Despite their partially partisan coverage, Fox News and CNN still have the highest ratings. According to a poll by the polling institute Pew Research Center, 44 percent of American viewers tune into CNN, while 39 percent follow Fox News and 37 percent follow NBC News and ABC News. It will probably not stay that way for long. Because according to another study by Pew Research, more and more people prefer to no longer get information on television but on the Internet.