Why don't we remember good dreams

Why do some people remember their dreams well, others hardly ever? The reason lies deep in the brain, as French researchers have found: In people with vivid dream memories, two brain areas that are important for attention are active even during sleep. They let the sleeper wake up briefly more often and thus ensure that the dreams are imprinted on the memory.

Some people can talk about their nightly dreams almost every morning, while others find their sleep mostly dreamless. But whether we remember or not - everyone dreams during certain phases of sleep. But why do some remember it and others not? Perrine Ruby from the Neuroscience Research Center in Lyon and her colleagues have been investigating this question for some time.

Startled out of the dream

At the beginning of last year, the researchers found that people who remember their dreams wake up twice as often during the night as “non-rememberers”. The possible reason for this: They react more strongly to acoustic stimuli both in sleep and in the waking state and could thus be woken up more easily. In these barely consciously perceived interruptions in the dream phase, the interrupted dreams can then be more easily memorized, as the researchers explain.

In their new study, Ruby and her colleagues wanted to find out whether and how the brain functions of "rememberers" and "non-rememberers" differ. To do this, they examined the brain activity of 41 subjects using positron emission tomography (PET). This imaging process makes areas with particularly active metabolism visible by capturing the emissions of a radioactively marked contrast agent and making them visible. 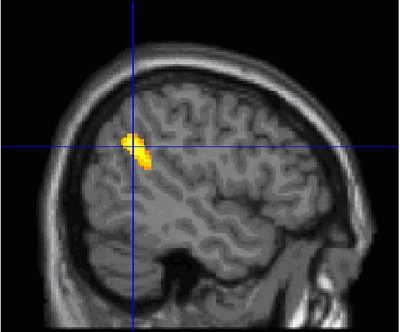 The evaluation showed that in the 21 good "rememberers", both when awake and asleep, two areas of the brain were more active than in the participants who only rarely remembered a dream. The interesting thing about it: The two areas, the medial prefrontal cortex and the temporoparietal junction, play an important role in attracting attention to external stimuli. If they are more active, they probably ensure that we react more strongly to external stimuli during sleep and that we wake up.

“That could explain why people who remember their dreams well wake up more often at night and therefore remember their dreams better than non-rememberers,” explains Ruby. Because the sleeping brain cannot process or memorize any new information; it has to wake up first. That is why we always have the feeling that we have dreamed when we are torn straight out of a dream - it is then still fresh in the head and the brain remembers it.

However, another explanation for the differences between good and bad dream rememberers cannot be ruled out: It could actually be that some people dream more than others. Ruby and her team now want to investigate further whether this is the case. (Neuropsychopharmacology, 2014; doi: 10.1038 / npp.2014.6)