How do you feel while writing?

In German lessons you will also find tasks that require a change of narrative perspective among the creative. Why?

The change of perspective can lead to one better understanding of the text lead, as the presented situation is interpreted from a different perspective.

Before editing, the underlying text must first be understood so that the Text comprehension to secure. The task can only be solved on the basis of this understanding of the text.

Which perspectives are there again? Read on!

Every epic text has one teller, a voice that tells the story to the reader.

This narrator can do it all different positions tell out, so change your perspective. 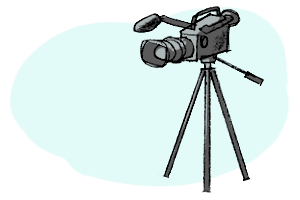 The narrative perspective is the point of view from which a literary work is told.

There are three different narrative perspectives: the authorial, personal or the First-person narration.

As the name suggests, the authorial narrator knows everything. He tells from a perspective outside of the narrated event.

He tells the story as if he were following the events with a camera from a higher point of view (external perspective). 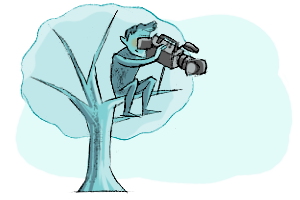 The omniscient narrator can in all look inside his characters and tell what they think and feel. So he knows everything about her.

Be overriding point of view enables the authorial narrator ...

But you are not equating the narrator with the author. The author "created" the narrator, but it is not a person!

In contrast to the authorial narrator, the personal narrator knows not everything.

The personal narrator slips into the role individual (or several) characters and tells the story from his (her) point of view in the He / she form. The action is depicted as if from the perspective of a camera that stands close behind the narrator. 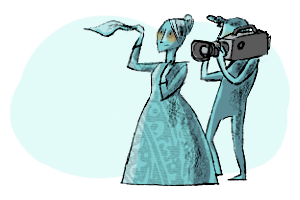 As a result, the personal narrator can only know what the character, from whose point of view the story is being told, knows. All other backgrounds are not conveyed to the reader. The latter perceives the event exclusively from the point of view of this figure (inner perspective).

The first-person narrator stands in the middle of the story and tells from his / her point of view in the first person.

This narrative perspective gives the reader the impression that he is directing the events experience would.

Criteria for the change of perspective

The creative writing, to which the change of perspective belongs, must not be arbitrary. Although you should also solve the task with creativity and imagination, you still have to observe certain criteria.