What is a hydraulic pressure drop

Pressure is a physical quantity that is measured in force per area. This means that the pressure indicates how much force (in N) is perpendicular to a surface.

The static pressure is simply determined using the force per area formula as described above. This results in the following calculation formula:

The illustration below illustrates the importance of pressure. In the picture you can see a liquid container which is closed (tightly) by a movable lid. A force F acts on the cover with the area A. This creates a pressure p in the container. In this simplified view, the pressure is the same at all points in the container. 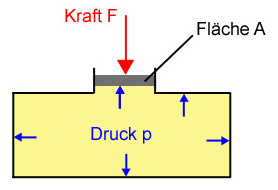 Creation of pressure in a container by a force F on an effective area A. 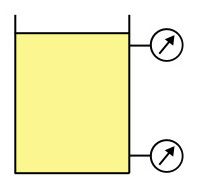 Measurement of the pressure in a container at different levels

Here, ρ is the density in kg / m3, and v is the speed (which goes into the calculation with the power of 2). 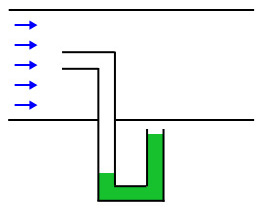 As a rule, the dynamic pressure and the position pressure are negligible in hydraulic systems, since the static pressure is significantly higher.