Why is the media so liberal

The heart of journalism beats on the left - so what? 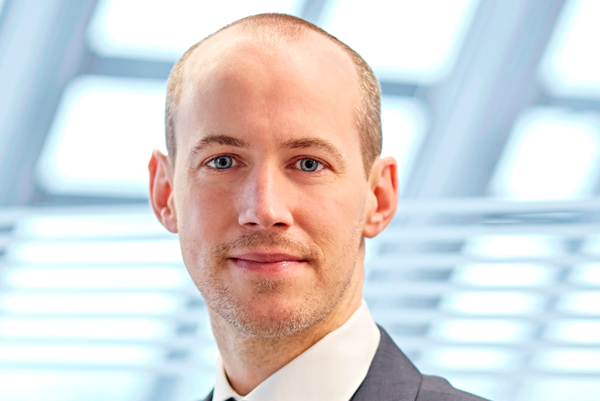 02/16/2021. From Prof. Dr. Christian Pieter Hoffmann, Professor of Communication Management at the University of Leipzig

In November 2020 the magazine “journalist” published an analysis of the socio-demographic characteristics of volunteers at ARD. More than half of the ARD volunteers active at the time had taken part in a survey which, among other things, ascertained the gender or migration background of young journalists. One element of the analysis, however, caused considerable public commotion: the question of party preference. A journalist for the Frankfurter Allgemeine Zeitung who is known as a conservative commentator shared the striking result on Twitter: According to the survey, almost 57.1 percent of ARD volunteers would vote for the Greens, another 23.4 percent for the left. Union and FDP together would only get 3.9 percent of the vote. The public reaction was as heated as it was predictable. Conservative voices shouted triumphantly: “Aha, we've always known it! The journalistic heart beats green-red-red! ". On the other hand, the methodology, representativeness and informative value of the study were called into question. A slip-up, according to the left-wing observers. Journalism's turn to the left is a conservative chimera. But why the fuss? The shift to the left in the professional field has long been known. Some arguments as to why it is also relevant.

Both the excitement of the debate and the positions expressed in it suggest that communication science, especially journalism research, has a problem of communication. Because nobody who is familiar with relevant occupational studies could have been seriously surprised by the results of the volunteer survey. The shift to the left in the journalistic profession is a finding that has been confirmed again and again for decades. Left shift, mind you, or “left bias”, understood here as a shift compared to the population average. To put it quite simply: On average, journalists are politically somewhat left of the social and political center.

In the following it should be argued that this political shift to the left in journalism is real and perfectly plausible. In addition, an argument should be offered according to which this shift to the left is also relevant, perhaps more relevant than often admitted in public and specialist debates, because it can also be reflected in the perception of a content-related bias in journalistic reporting. One conclusion from this would be that the insufficient recognition of a shift to the left in the professional field of journalism leads to the public and research unnecessarily dealing with battles that have long been fought instead of using empirically well-documented observation as the basis for further considerations.

The left bias in journalism is real - and plausible

A considerable number and variety of empirical analyzes in German and English-speaking countries come to the conclusion that the political attitudes of journalists are shifted somewhat to the left compared to the general population. Something, mind you, so not radical. This is shown by surveys that ascertain party preferences, political self-positioning on a left-right scale or attitudes to specific topics and concerns. This clear finding from survey studies is noteworthy insofar as traditional norms of objectivity in journalism presumably develop a social desirability that journalists should rather have their political positions report on as moderate. In fact, alternatives to surveys tend to be more left-wing bias, such as investigations into party donations or, particularly interesting and striking, analyzes of journalists' behavior on Twitter.

So what speaks for the fact that the professional field of journalism has a left bias instead of a right one?

All of these circumstances lead to the realization: It would be enormously surprising and contradict various strands of research if the professional field of journalism did not show any left bias. In addition, the above arguments suggest that this left-wing bias has intensified in recent years and decades and that journalism is both politically more left-wing and more activist than it was 20 or 30 years ago.

The left bias in journalism is relevant

While the statements on the existence and plausibility of left bias in the journalistic professional field are likely to be capable of consensus, also in communication science, the third step of the present argument is likely to trigger a lot more contradiction. Is it relevant that journalists are on average a bit to the left of the center of society politically? So does the political composition of the professional field translate into its performance (reporting) and, in turn, its perception by the audience? In fact, the empirical basis for this third assumption is thinner than that for the previous ones.

Some arguments speak against the relevance of the left bias:

However, counter-arguments can be used to counter these arguments, which are also popular in the field:

This leads directly to a significant argument for the relevance of the political left bias in the journalistic professional field: the perception of one's performance.

An independent think tank in the USA called “Ad Fontes Media” recently hired a number of politically heterogeneous analysts to carry out a political positioning of various media brands based on content analyzes of a selection of their reports. The striking result: the analysts locate almost all mass media brands to the left of the political center: CNN, ABC, NBC, BBC, Washington Post, New York Times, NPR and many more. This corresponds to analyzes that focus on audience perception as well as analyzes that locate political sources based on audience interactions in social media. According to a poll by the Pew Research Center, supporters of the Democrats express their trust in numerous media brands, while supporters of the Republicans, on the other hand, mostly trust only one: Fox News.

These findings are significant because their very unanimous positioning of almost all mass media offers on the left of the center is based on their output, not on the political orientation of the journalists employed there (input). They therefore represent a (further) strong indication that the assumption that left-wing bias in the professional field does not affect journalistic output is not very plausible. Particularly impressive in the US context is the ongoing survey by the Gallup survey institute on media trust differentiated by party preference. Accordingly, the confidence of those on the right has been lower for decades than that of those on the left, with increasing distance. However, this politically asymmetrical attitude towards journalistic media is not an American phenomenon. Eurobarometer data also show that respondents who are more right of the political center in Germany have significantly less confidence in “the press” than those who are more left-wing. The same applies to TV and radio. It is important to remember that trust in media is positively related to their perceived ideological closeness. So if right-wing politicians have a deep trust in “the press”, this is a strong indicator that they perceive “the press” as politically hostile. Conversely, a higher level of trust to the left of the political center speaks for a higher perceived political consonance of the media content.

More differentiated analyzes, for example by the Allensbach Institute for Demoscopy, show that the public's dissatisfaction with media reporting is very much focused on those issues that are more important to right-wing citizens, such as migration, the euro rescue or Brexit. According to the Mainz long-term study in media trust, trust in reporting on the AfD is also weak in Germany. According to the analysis, media cynicism is more widespread on the political right than on the political left.In view of the abundance of empirical evidence on the shift to the left in the journalistic profession, can it really be a coincidence that the right-of-center section of the public is less satisfied with the performance of journalistic media than the left-wing? And vice versa: that precisely that part of the audience that is politically closest to the median of journalists has the highest media trust? Are all those analyzes wrong that find a left bias in mass media reporting? Or is it not much more plausible that the political orientation of the practitioners shines through in the reporting, and thus just satisfies part of the audience more than another?

Incidentally, similar phenomena can also be observed on the left edge of the political spectrum, i.e. in that part of the audience that is politically clearly to the left of the journalistic median. Only: the number of people in this spectrum is considerably smaller than that of the citizens who are politically to the right of the journalistic center. Therefore, public dissatisfaction on the (far) left is likely to have a significantly lower political and media economic impact and be less audible.

Implications for Research and Practice

If we assume that the left bias in the professional field of journalism is actually real, plausible and relevant - i.e. recognizable in the journalistic output and perceived by the audience. What does this mean for communication science research on so many of the phenomena that are currently driving us?

It should by no means be argued here that “left journalists” are an explanation, let alone the one, for all developments that challenge public discourse in the age of digitization. And: The distinction between “left” and “right” is often very clumsy, especially in a multi-party system. But to come back to the reactions to the aforementioned survey among ARD volunteers: It should very well be argued that the public and academic debate about the role of journalism could be more factual, clearer and more convincing if one such a basic statement as a political bias in the professional field does not have to be dealt with again and again. The professional field itself, but also communication science research, could make a more valuable contribution to the analysis and overcoming of some dysfunctions of the (digital) public discourse if the reluctance to an empirical finding that is not surprising in itself were abandoned. In this context, the revitalized focus of practice and research on diversity in the journalistic professional field gives rise to hope. One suggestion here would be, instead of focusing only on demographic diversity, not to lose sight of political diversity. Across the Atlantic, interesting academic initiatives are emerging that emphasize the importance of viewpoint diversity in observing and explaining the world. And what is true of research is undoubtedly true of journalism as well.

This post was first on the "European Journalism Observatory (EJO)" portal published at https://de.ejo-online.eu/.