What is a spoonie

What is the "Spoon Theory"?

The "spoon theory" is a thought experiment to illustrate the reality of life for many people with disabilities or chronic diseases. 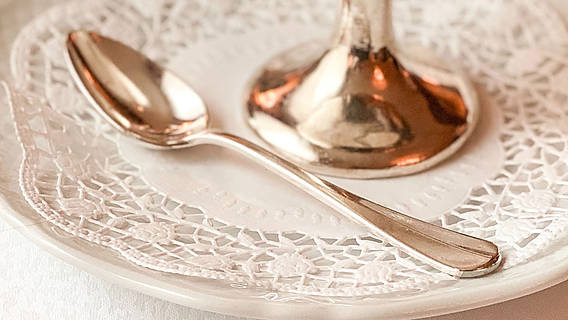 Silver spoon: The spoon theory has its origin in a thought experiment that uses spoons to illustrate the everyday life of people with illness or disabilities. | © Unsplash / Alev Takil

Some disabilities and diseases can be seen, others cannot.

“Invisible disabilities or illnesses are just as restrictive as visible ones. The difference is: others do not notice them and therefore often do not believe those affected. This makes it even more difficult for them to participate ", says Lars Hemme. He is a consultant in the EUTB participation counseling and informs those affected about rehabilitation and participation services.

With visual disabilities or not, people with chronic illnesses have many different things to think about. Otherwise, there may not be enough energy left to cope with the rest of the day. In particular, people with invisible restrictions often encounter a lack of understanding because their illness or disability cannot be seen at first.

To illustrate this peculiarity of invisible diseases or disabilities, the so-called "spoon theory" is often used, the "spoon theory". But what exactly is the “Spoon Theory” and how did it come about?

Where does the "Spoon Theory" come from?

The "Spoon Theory" comes from the US-American lupus expert and blogger Christine Miserandino, who published it for the first time on the Internet in 2003. Christine was diagnosed with various diseases at the age of 15. Many years later the correct diagnoses could be found for her: lupus and fibromyalgia. She named her blog in English after a sentence she has heard many times in her life: ButYouDontLookSick.com (= "But you don't look sick at all").

Origin of the Spoon Theory

When Christine Miserandino was sitting in a café with her best friend, she asked her a very direct question: "What is it like to have lupus and to be sick?"

In order to be able to answer her question better, Christine picked up a few spoons and handed them to her friend. She began to explain: Being sick means making decisions or consciously thinking about things that other people take for granted. Healthy people have the luxury of not having to make certain decisions.

In this thought experiment, the spoons should represent the energy that is available to you as a chronically ill person throughout the day.

Christine asked her friend to count the spoons. She now held a total of 12 spoons in her hand. She explained to her why the number was limited: If you are healthy, you assume that you have unlimited spoons, i.e. energy, available. As a chronically ill person, you start the day with a certain number of spoons - and expect to lose a few over the course of the day.

Little energy for the day

In the mind game, Christine's friend hadn't even gotten to work and had already lost six spoons. The other tasks for the day therefore wanted to be well thought out so that you don't suddenly end up without a spoon. Christine went on to explain that sometimes you could borrow spoons the next day, but that would make the next day even more difficult.

#MondayMotivation is to have done the sport, fun and rehabilitation for the whole week on Monday morning.

signed 1 #Spoonie, #grateful and a bit #pride. And probably useless by the end of the week. Or maybe not.

As the spoons in the illustration became fewer and fewer, Christine's friend was forced to make decisions: run errands or prepare dinner? She ran out of spoons to do both of these things.

Too few spoons for the whole day

Christine's friend grew increasingly depressed. Christine had not even included some situations in the thought experiment of the spoon theory in order not to overwhelm her friend. For example, that when she felt dizzy, the preparation of dinner was sometimes out of the question anyway.

When all the spoons were "used up", it was just 7pm in the thought experiment. Christine's friend looked at her with tears in her eyes and asked: “How do you do that? Do you really do this every day? ”Christine explained to her that some days were better than others, while others were worse. And that she could never forget how many spoons she still had available.

At the end, Christine gave her a spoon that she had put aside at the beginning of the mind game: “I've learned to plan my life with an extra spoon in my pocket as a reserve. In case I need it. "

What is a "Spoonie"?

The thought experiment enables people with disabilities to illustrate their situation to others. Because only if the specifics are understood can they also be taken into account, for example when planning events, medical practices and workplaces.

Living with Limitations: The Spoon Theory

The spoon theory is a model to describe the reality of life for some disabled or sick people. "Spoons" are a measure of our capacity to complete tasks. Video by Lian Herzberg.

- one Rejection of the application by authorities and social security.

- Legal process paperwork: We have the active right of representation for our members before the social and regional social courts. If you want and we will represent you, all letters from the authorities will go to us and we will also process them.