Tamsyn Muir was born in New Zealand in 1985 and commutes between her home country and Great Britain for work. As an author, she first drew attention to herself with short stories and novellas that appeared in well-known English-language genre magazines - e. B. next to Cixin Liu in an issue of "Clarkesworld" - and her nominations for, among other things. earned the Nebula and World Fantasy Awards. With her debut novel "I'm gideon" (in the Shop) Muir then initiated the "Locked Tomb" trilogy about a morbid science-fantasy universe full of tombs, swordsmen and above all necromancers. Colleagues such as Charles Stross, Warren Ellis, Annalee Newitz and VE Schwab are full of praise for "Ich bin Gideon", which was published by Heyne in early summer as an e-book, paperback and audio book download, for the refreshing darkness in the science fiction cosmos is. Here is a review of the novel with the galactic tomb maids Gideon and Harrow. In the following interview, Tamsyn Muir talks about the way she works, her most important influences and the difficulties encountered during the corona pandemic and online reviews.

Hello Tamsyn. What do you find so fascinating about necromancers, and how did you come up with the idea of ​​transplanting them into space?

To be honest, I was never particularly interested in necromancers until I wrote "I am Gideon"! To me, an archetypal necromancer was more like Doctor Frankenstein - someone who speaks to the spirits of the dead or who goes to great lengths to bring the dead back to life. But I've always had a great interest in body horror. As a kid, I read many medical manuals, which made me wonder how incredibly fragile the body was and what could happen to it. I wanted a school of magic based on these principles. The beyond of the ancient Greeks also always fascinated me, with its spirits and necessary sacrifices to call them, as well as the idea of ​​perishable sin. Put it all together and I achieved necromancy - more by accident than on purpose.

Did you only get positive feedback for your pitch about necromancers in space, or also negative feedback?

I am very bad at pitching my ideas. As a New Zealander, I found it extremely difficult to say, “Read my cool novel, it's wonderful, you'll love it!” So ​​I'll never know if people rejected me because the idea of ​​necromancers in space wasn't something that they wanted to, or simply because I was very bad at describing this idea to them. When I finally got an editor to read the novel, it was because I told him he was about evil nuns on a mission. He came back to me and said to me, “I love this book. Nothing you've told me has anything to do with the actual novel. " 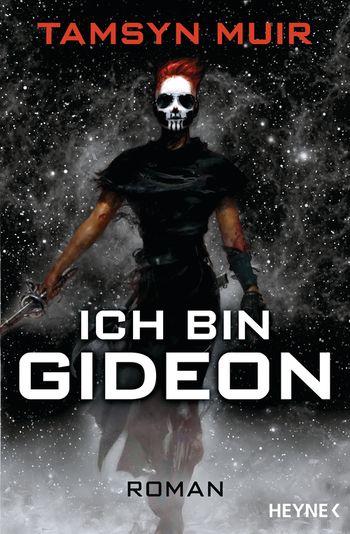 Your novel is as much in the world of science fiction as it is in fantasy and horror - what are your greatest influences when it comes to fantasy?

I have a wide range of influences, and not all of them are science fiction and fantasy novels. When I was growing up, I played a lot of video games, and the “Final Fantasy” titles, with their often very loose genre boundaries, had a great influence on me. I also loved the “Soul Blazer” trilogy. These games often tackle ideas from both science fiction and fantasy, and while sci-fi isn't very "tough," it does manage to ask good questions. And of course I loved “High Gothic” games like the original “Diablo” and horror games like “Silent Hill”, “Clocktower” and so on. When it comes to literature, I love detective stories - Sayers is my favorite. I also think that Mervyn Peake's “Gormenghast” trilogy is some of the finest material literature has to offer, especially the first two books. As has been made clear, I have so many influences that it is difficult to pinpoint them. I can't point to a single book or author and say, "Oh yes, that."

How did you originally come up with the idea of ​​Gideon's world and your dark empire in space?

This question always embarrasses me because I have to admit that the entire trilogy came together while I was on a plane. I am currently flying back and forth between my home in New Zealand and my work in the UK, although COVID-19 may have wiped that out for a long time, I guess. It was on a flight home from the UK that I made it all up. The structure of the trilogy is still in the back of a notebook, about two pages of material. I suspect a lot of bad airplane food, left in the dark, the feeling of tightness and compressed air contributed to the trilogy's aesthetic. I hate planes.

How do we have to imagine your way of working and your worldbuilding? A lot of planning or a lot of freedom?

I'm the kind of writer who knows their basic outline before starting. I know people who freestyle and get started without a particularly clear plan and let their story shape itself. But I'm not one of those people who write a huge worldbuilding "Bible" before they even start. In “Ich bin Gideon” in particular, I wanted the world structure to be part of the mystery - I wanted to feed the readers with clues about the universe in which they move while reading, rather than the book with two maps, explanations of terms and an elaboration of the functioning of To begin necromancy. I started the book with a "dramatis personae" list, but that was more fun - people always trust these lists and don't think they are being lied to by them. But I'm always lying in these lists, or at least I'm not telling the whole truth. That means, however, that I have to know the whole world building before I start the story - I can't leave clues or puzzles of this kind without knowing exactly what these clues are for. “Ich bin Gideon” is therefore not a novel for those who want to find out all the little details about the economics, history and civics of my universe on page 3. I have nothing but respect for these people, but my trilogy may seem strange to them.

Despite your planning, did any character surprise you while you were writing "I'm Gideon"?

As good as none. That is the disadvantage of knowing everything as you write. I would love to have a "This character wants to be different" or "This character wants to do THIS, not THAT" experience. My characters are like chalk outlines at the scene of a murder. You must always be in specific locations and positions. Only one character surprised me when I realized that this character's intentions were way bigger than I originally wrote them - when I realized that I was writing this character's feelings as honest emotions, not as a facade. But it would be a spoiler to say by whom!

You conceived a trilogy straight away. Is the three-part a tribute to the classic fantasy aspect of your story?

I think the trilogy is no longer the perfect norm today - it's ubiquitous, but many writers plan enormous creative arcs that span five books. I wanted a trilogy for two reasons: first, because this series should always be about three “identities” - Gideon, Harrow, Alecto, which owes more to the Catholic idea of ​​a Triune God than to fantasy; second, because I thought that after three books I would die for writing something else!

The first book conjures up this dark post-apocalyptic laboratory atmosphere a few times. Does the corona crisis have an impact on your mood and on writing about such a dark, morbid setting?

Thank you very much: I think “post-apocalyptic laboratory atmosphere” is a wonderful compliment. It's a little strange to read "I'm Gideon" now during lockdown and volume 2 myself, two extremely claustrophobic books that come at the wrong time. The third volume brings big changes in that the lenses expand and everything becomes more alive, so that's exactly the wrong mood. In any case, the Corona crisis made it very difficult to write at all. So the worst effect it has on the third, final Gideon novel is that it goes much slower than I expected. But there are other reasons as well. Writing while other people are commenting on your work, for better or for worse, is really difficult in this modern era where it is almost impossible to escape such statements. If it were up to me, I would prefer not to know what anyone is thinking until the unity of all three novels is complete. I will have to become an even bigger recluse than I already did with COVID-19.