E-Commerce and Consumer Law in Canada

In Germany and the EU there is quite extensive consumer protection as well as a large number of regulations on e-commerce. But how does this look in other countries? Are there any effective online contracts, cancellation rights and information obligations for web shop operators outside of the EU? The IT law firm dares to look across the Atlantic and provides an overview of Canadian consumer protection and e-commerce law.

I. Canada is currently expanding consumer protection in e-commerce

Regulations on e-commerce, as they exist in Europe in particular under EU law, do not exist in Canada to the same extent and the same density of regulations. However, many aspects of e-commerce are regulated - often not at the federal level, but at least in the individual states of Canada, called the provinces.

After a lengthy legislative process called "Canada's new anti-spam legislation" (CASL for short), new regulations for commercial electronic communications will come into effect on July 1, 2014 across Canada Force. Above all, it regulates the situations in which senders are allowed to contact certain recipients electronically; this applies in particular to the relationship between entrepreneurs and consumers. As a rule of thumb, as in Germany, contact can usually only be made electronically if the recipient has given his consent in advance. However, there are also some exceptions.

In Canada, as in Great Britain and the USA, the so-called common law (= customary law) or case law (= case law or precedent law) applies. This right is based in principle on precedent decisions made by the courts. In contrast to continental European law, the law in common law is not regularly set out in the abstract on a large scale in law books, but only develops through the individual cases that the courts have to decide.

Nevertheless, of course, common law also has laws that are enacted by a parliament in order to regulate certain areas in a meaningful and uniform manner as a whole. In this way, Canada and its individual provinces have enacted regulations in the areas of e-commerce, consumer protection and fair trading.

III. The division into Federal and Provincial Law

Canada is provincial - it consists of ten provinces and three so-called territories. The individual provinces such as British Columbia, Ontario or Quebec have a large number of their own legislative powers, which they have extensively exercised in the area of ​​e-commerce and consumer protection.

The point of contact for the application of consumer protection law in a Canadian province is usually the place of residence of the consumer concerned: for example, if a consumer lives in the province of Ontario, which with twelve million inhabitants is the most populous and therefore the most attractive and interesting province in Canada in terms of sales of goods Consumers rely on Ontario consumer protection laws.

The so-called Personal Information Protection and Electronic Documents Act (= law for the protection of personal data and electronic documents) applies in Canada as federal law. The core message of the law is that contracts can in principle also be concluded using electronic media - for example by e-mail or on the Internet. However, the written form has not been abolished in Canada either: in many situations, documents must continue to be available in paper and written form.

Consumer protection in Canada is generally not uniform for the entire country at the federal level, but rather in the individual provinces and territories.

1. Consumer Protection in the Province of Ontario

In Ontario, the most populous province of Canada, the Consumer Protection Act, 2002 (= Consumer Protection Act) applies, which contains consumer protection regulations for those consumers who are in Ontario at the time of the conclusion of the contract (Article 2) - for example because they do something there Buy from a retail store or order from a webshop on the Internet.

Furthermore, it is stipulated that the delivery of goods that have not been ordered does not give rise to any claims (Article 13); In addition, there are regulations on credit transactions (Article 21 ff.), information requirements for internet agreements (= transactions on the Internet) between a consumer and an entrepreneur (Article 37 ff.) as well as procedural rules for legal remedies by consumers.

In summary, consumers from Ontario have the following (not exhaustive) rights in the context of consumer contracts:

a. In the case of consumer agreements, the entrepreneur must always disclose all information relevant to the consumer. If he does not do this, the consumer has a right of withdrawal for 30 days, with which he can withdraw from the contract.

b. For door-to-door sales (but not for contracts concluded on the Internet) there is a so-called cooling-off period (= withdrawal period) of 10 days if the purchase price is more than 50 CAD (= Canadian dollars).

c. The consumer is also entitled to a right of withdrawal if the delivery of a purchased product has still not taken place more than 30 days after the agreed delivery date, unless the consumer has accepted the delay in delivery.

d. So-called future contracts (= futures contracts) for an equivalent value of more than CAD 50 must be in writing to be effective; the electronic form is therefore not sufficient here.

e. Contractual clauses must be clear and understandable - their interpretation is always in favor of the respective consumer, i.e. to the disadvantage of the entrepreneur, similar to how this is also regulated in German general terms and conditions law.

f. If an entrepreneur withholds certain information from a consumer when concluding a contract, which he should have given the consumer (“unfair practice”), the consumer has a kind of right of avoidance which he can exercise within a period of one year.

Examples of unfair practice are the promotion of alleged properties of a product that this product actually does not have, deception about the availability of a product, the use of contract terms that are inadequate for the consumer and the unlawful threat to induce the consumer to conclude a contract.

2. Consumer protection in the province of Saskatchewan

Similar consumer protection regulations for internet sales contracts as in Ontario can also be found in the significantly less populous province of Saskatchewan.

3. Consumer Protection in the Province of Alberta

The province of Alberta also has special consumer protection regulations that apply to internet sales contracts.

a. Entrepreneurs have to make certain information available to consumers. This concerns:

b. The entrepreneur must present this information in a clear and understandable way as well as clearly and easily findable in the web shop.

- At the federal level in Canada, the Competition Act (= Competition Act) applies, which contains in particular provisions against misleading advertising and deceptive business practices.
Partly comparable to the German UWG (= law against unfair competition), this is intended to encourage web shop operators not to provide any false information about the goods or services offered for sale on the Internet. Violations of competition law can then have consequences under both civil and criminal law.
- In addition, the so-called anti-spam law passed in December 2013 contains, among other things, Regulations regarding false or misleading advertising.
- There are also competition law regulations in the various provinces of Canada. For example, the Consumer Protection Act, 2002 (= Consumer Protection Act) of the province of Ontario also contains a ban on misleading (Article 14) or otherwise unlawful advertising (Article 15).

As federal law in December 2013, the new Canadian anti-spam law is part of Canada's new anti-spam legislation (CASL for short), the first parts of which are to come into force on July 1, 2014. It took several years, almost decades, to come to an agreement on this nationwide regulation after much back and forth between the various interest groups.

The Anti-Spam Act contains, in particular, regulations on making contact electronically - regardless of whether it is about the C2B or B2B area. The following applies in principle: Senders of business electronic messages may only contact other people in Canada by email, instant message, etc. if the recipient has expressly consented to being contacted in advance (opt-in procedure). There are exceptions, however, among others. when a business relationship has already existed between the entrepreneur and the consumer.

Violations of the new law can have both civil and criminal penalties, with the result that the authorities can impose fines of up to Canadian $ 10 million for violations. On the other hand, consumers are also able to take civil law measures in the form of private actions.

An overview of the core provisions of the new anti-spam law, which will apply across Canada from mid-2014:

Canadian e-commerce and consumer protection law for contracts on the Internet is a big patchwork quilt. On the one hand, this is due to the fact that the relevant legislative powers are confused and distributed among the federal government and the individual provinces. On the other hand, there is no uniform code of law, but rather individual laws for certain areas, some of which complement each other, but also overlap.

However, the core of consumer protection in Canada is ultimately not that fundamentally different from that in Germany.

In the event of problems, queries and other questions on this topic, the team at the IT law firm will of course be happy to help you personally and in individual cases.

tip: Do you have any questions about the contribution? Feel free to discuss this with us in the entrepreneurial group of the IT law firm on Facebook. 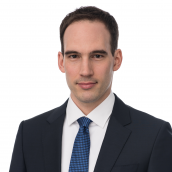