In what year was the first chair invented?

The chair and its history

From the throne to the TV armchair

The beginnings of our sedentary lifestyle
We sit for a large part of our day. We sit and sit ... on stools, sofas, in the subway, on bar stools, on the park bench or have got hold of a coveted spot in the sun on the wall in front of the museum. But most of the time we sit on chairs. Our daily contact point: the chair! To the chagrin of the health experts, of course. On average, adults spend 50 to 70% of their time sitting! 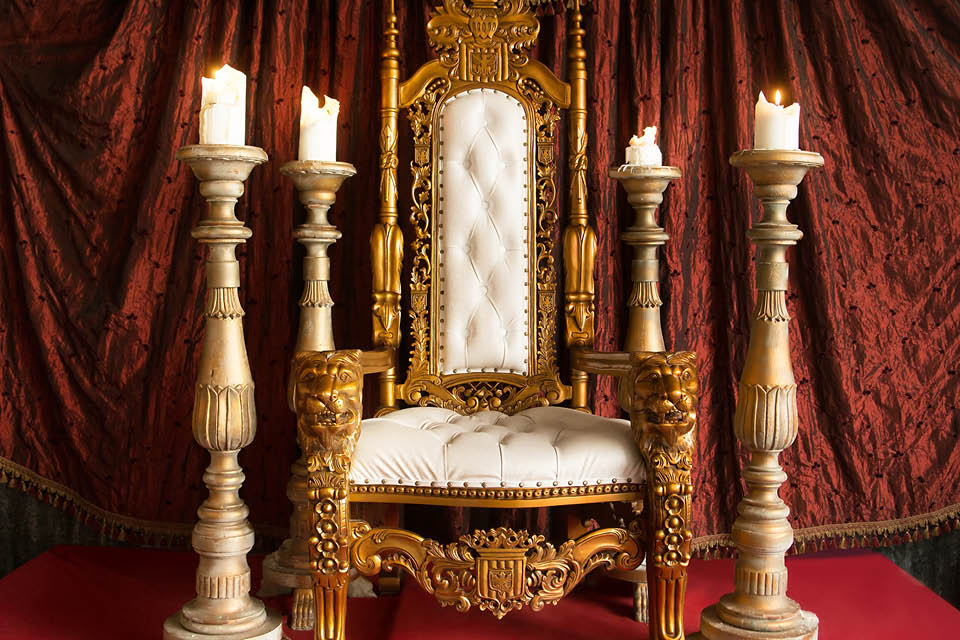 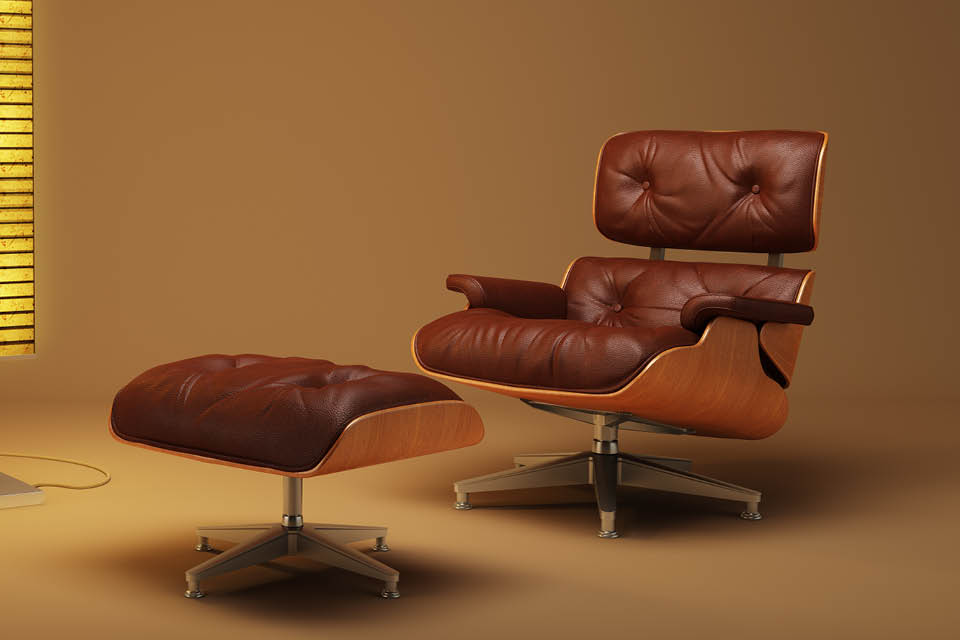 The chair used to be a privilege of the powerful and rulers. Whether king, bishop or judge, whoever sat on a chair held a high office and was enthroned in the truest sense of the word above the rank and file. Convenience was not yet an issue here.

In the 16th century, the chair changed from being a status symbol to common furniture. But even many years later, a distinction was made between an armchair reserved for the landlord and simpler seating for the rest of the family. Even today, the boss still likes to have a visibly more comfortable office chair than his employees. Long live the symbol of power!

It was not until the Baroque era that the nobility wanted to sit more comfortably. The chairs got upholstery and velvety covers and made the seated more comfortable. After comfort came design. One of the most famous furniture and chair designers of the time (around 1754) was Thomas Chippendale, who pierced the back of the chairs and made it lighter.
From this the Biedermeier chair developed, the classic of the German bourgeoisie in the 19th century. It was made of fine woods and opulent fabrics and was characterized by its legs that taper towards the bottom and a backrest that swings out towards the rear.

With the Viennese coffeehouse chair or chair "No.14" by the Thonet brothers, the series production of chairs began around 1850 and a new era began with it. With the newly developed process by Michael Thonet, bentwood (solid wood) could be bent under steam. Even today, the chair of the chairs is the most popular seating furniture in the world. A modern consumer item that stands for the connection between aesthetics and mass production. It combines design with functionality, is affordable and has a long life.

In Germany, furniture designers were very keen to experiment at the beginning of the 20th century. Back then, Mies van der Rohe took up Marcel Breuer's idea of ​​a chair with no back legs and a curved steel tube and developed it further in his model "MR 10". He led the two runners in an arc to the seat and used springy steel tubing - the first real cantilever chair was born. Mies van der Rohe's artistic guidelines were functionality and clear forms. His creative principle: "Less is more".
Tubular steel became the big trend in the 1930s, and the cantilever chairs were suddenly seen as the epitome of new living. The slightly flexible, curved steel tube provided comfortable suspension, but looked more delicate and lighter than the usual upholstered chairs.

This term stands for probably the most creative, but in any case the most internationally known and powerful epoch in American design history. Inspired by the furniture design of European modernism, American designers created their own style in the 1940s and 1950s that combined functionality and formal elegance. In 1940 Charles and Ray Eames developed their masterpiece: the "Organic Chair". It was a plastic seat shell. Because the seat shell could be produced industrially, the designer couple wanted to make aesthetically sophisticated chairs affordable for many.

Global Lugo: the armchair with the right turn

From chair to armchair. The TV armchair has become an indispensable part of the 21st century. Whether sitting comfortably or lying comfortably, he must be able to do everything. Height-adjustable, 360 degree rotation, in the lying position at the push of a button, adjustable foot and head rests. It is also called a relaxation chair, it is currently very much in fashion and has long since ceased to be retired people's furniture! Right now he's more popular than ever. Almost every upholstered furniture manufacturer now has recliners in its range - in a wide variety of designs.

The relaxation furniture is part of the concept of a modern oasis of wellbeing. And let's be honest ... you can sit on the throne in a TV armchair, too. 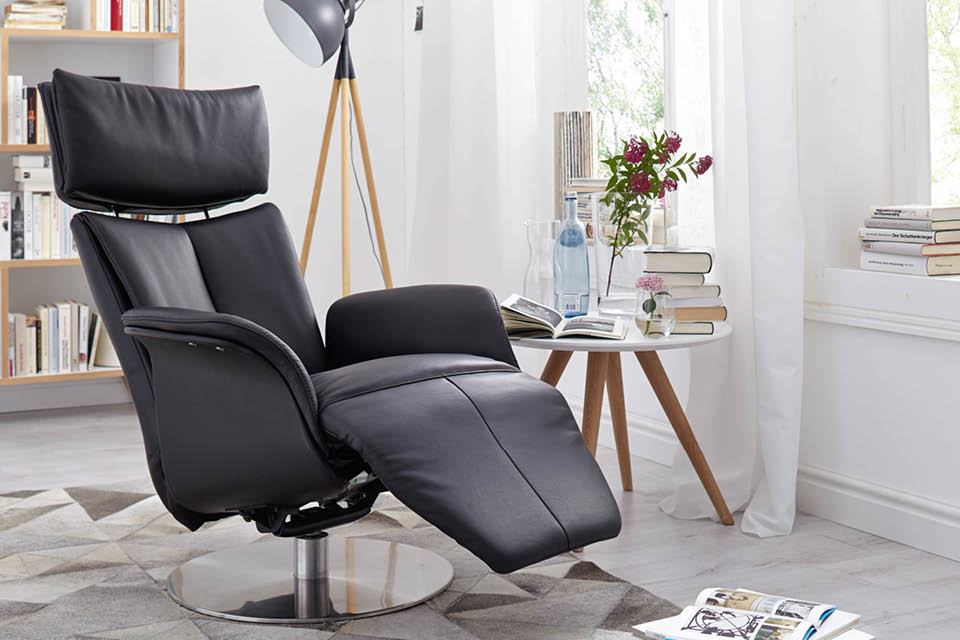 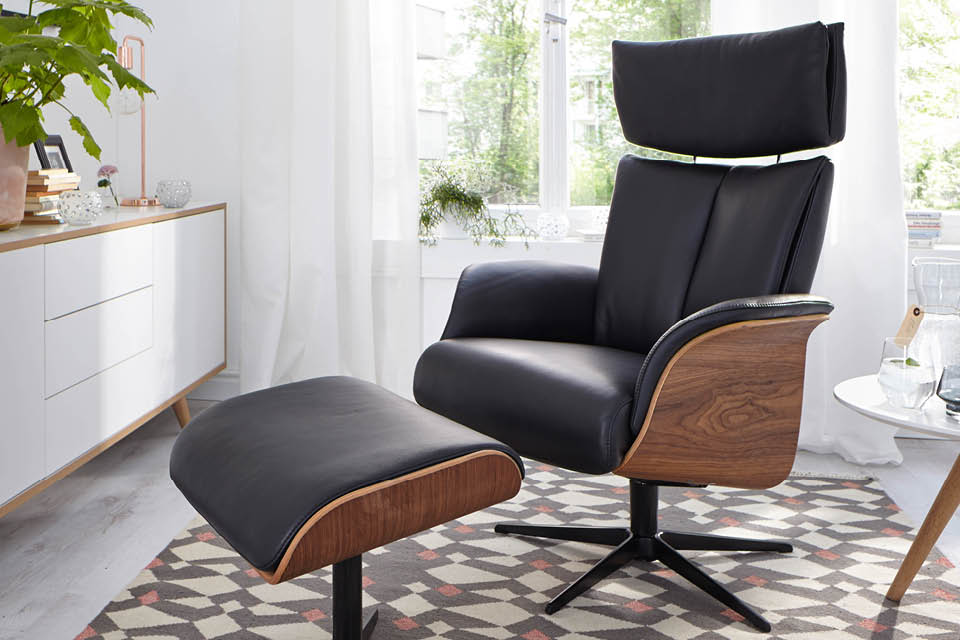 Last but not least…

Do you know what the heart Libra position is? In any case, it has nothing to do with the fact that your heart aligns itself with the zodiac sign Libra.

This position means pure relaxation:
• The feet are higher than the heart
• The heart is at a 127-degree angle above the hollow of the knee
• The upper body and legs are exactly at the same height

Sounds like a yoga exercise? No, you just have to make yourself comfortable in the armchair.

The relaxation comes from:
• The head, neck and spine are in a neutral position, this relieves the pressure in the body
• The blood circulation is optimally favored, so the heart and circulation are relieved

But beware! One likes to fall asleep in this position! So: stay seated to watch TV! Reward yourself when you call it a day after all the hustle and bustle. Relax at home! How could that be more beautiful than in the heart-Libra position?
<?