Why are some sellers on eBay being rude

No hello, no thanks: Dear users of Ebay classifieds, where are your manners? 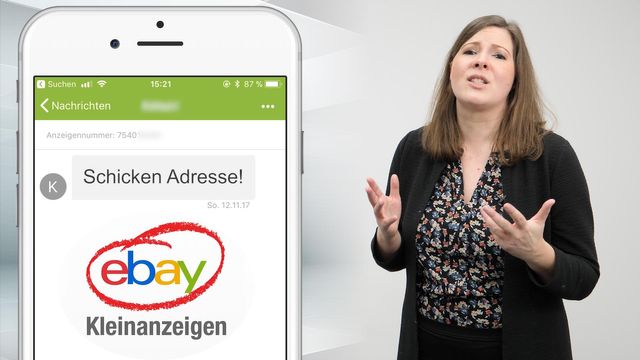 Anyone who sells their things on Ebay classifieds needs really strong nerves. The inquiries you get are in most cases just plain rude and brazen. An appeal for more decency.

Actually, I'm a huge fan of Ebay classifieds. Whether cell phones, carnival costumes or kitchen cupboards: I've really bought and sold a lot of things there and also met very nice people. But unfortunately that is the exception.

In most cases, users don't know "hello" or "thank you". They are often too good even for punctuation marks. And their asking prices are far from reality. An example: I recently wanted to sell my 64 GB iPhone 6. It had some scratches and quirks so I advertised it for 180 euros.

How about full sentences ?!

Just a few minutes after my ad went online, the first messages came in:

"Still there": Someone is apparently interested in my iPhone and wondering whether it is still for sale. I do not answer.

"Last price": The prospect apparently wants to know how much I will go down from the price. I do not answer.

"Send address": They seem to be interested in my iPhone and want to stop by right away. I do not answer.

To which, however, I would have replied: "Hello, I am interested in your iPhone. Is it still available? How much would you still make the price? Could pick it up from you today. Best regards"

A short greeting, full sentences and polite questions - isn't that difficult, is it?

I should also dismantle furniture ...

But the outrageous inquiries are far from everything. Once you have agreed on the price and pick-up date with a prospective customer, it does not mean that he will really come. I've heard everything from a spontaneous move to stolen cars to rare symptoms of illness.

However, I was particularly angry with a woman who I wanted to sell an Ikea cupboard to. Although she came to the agreed appointment, she had neither tools nor a helper with her. When she saw the cupboard in the living room, she looked at me indignantly and stated: "It's not even dismantled!" Right my love There was nothing about that in the ad.

I have absolutely nothing against touching it while wearing it. I even brought an entire sofa bed on roller boards to a woman in the neighborhood because it didn't fit in her car. But to think that I will also dismantle the furniture that I offer at a ridiculous price on Ebay for the buyers - that is no longer to be surpassed in audacity. In all honesty, it's enough for me. The few euros I earn on Ebay classifieds are really not worth the stress!

I would like to be able to rate users on Ebay classified ads in the same way as on the auction platform. I bet people would get back to their manners very quickly.

By the way, in the end I sold my iPhone to a very nice family man without much negotiation. So they still exist, the decent Ebay users. Unfortunately too few.

More articles from this area

The most popular CHIP news