How do I study Judaism 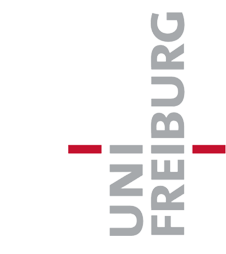 Always the same question! Often a memorized standard sentence follows in response to the question about studying. We want to know more: What is hidden behind unusual and unusual subjects? What is good about it and what is not? And what do you actually do with it?

Today with Julia, Jewish studies in the 5th semester.

What do you study?

I study Judaism, everything that is related to Judaism. You learn modern Hebrew and Biblical things in order to read the Torah, the Hebrew Bible, then there are different languages, for example Yiddish, a mixture of Hebrew and German, or Akkadian, an old cuneiform script.

Of course we also deal a lot with religion. How do you celebrate Chanukkah, the festival of lights in December? What ceremonies must be observed in the event of marriage, birth or death?

It is interesting how the different forms of Judaism, from liberal to ultra-orthodox, implement them. We also deal with the influence of religion on private life.

In the cultural area we try to cover about 3000 years of history both literarily and in art. For this we read the Torah, as well as Mishnah and Talmud, the rabbinical commentaries and interpretations on the Bible, up to modern literature, prose, novels and poetry. One also deals with the history of Israel, which is often a very difficult subject.

In the summer we go on excursions to various Jewish sites in Germany, France or Switzerland. This year we were in Basel, in the museum and the synagogue. Last year we visited the cemeteries and synagogues of Endingen and Legnau in Switzerland.

What do you want to do with it?

For some time now I've been working as a freelance journalist and photographer, alongside my studies. In the future I would like to pursue these goals and at some point write for a newspaper as a foreign correspondent. I would like to focus on the topics of religion and ethics. I'm interested in how religion influences life, especially as a cause of conflicts or even wars. However, a pure office job would not be an option for me, my wanderlust is too great for that.

Spending a long time in one place and I already feel tingling in my feet again. The desire to travel, experience adventures, discover cultures and let people tell their stories. At the moment I am mainly drawn to the Orient, there is always something to discover. It's so rich in culture and history. The people there have a much easier way of living.

My Bachelor thesis is on the program from March. The topic is "The Eichmann process in the German media, using the example of reporting in the magazines" Die Zeit "and" Spiegel ".

After graduating, I would like to tackle the master's degree in "Religion and Culture" in Berlin. This deals with the three world religions Judaism, Christianity and Islam. The master’s degree is particularly appealing to me because it enables me to stay abroad without prolonging my studies. I would like to go to South Africa or America to get new food for thought from there.

In addition, he takes a closer look at the reception of religion in the media, its self-image or ethical concepts. Just perfect, right?

From the series "... and what are you doing?" have been published so far: