Who is Jessica Yaniv

Genital waxing is not a human right 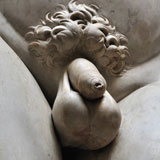 13 beauticians in Canada were sued for refusing to depilate a male genital area. Namely by the transgender woman Jessica Yaniv.

Although she has male genitals, she still argued that the employees of several women's salons are trans-hostile and violate human rights because they failed to comply with her desire to have her penis and testicles grow.

Yaniv took advantage of this to sue the beauticians - piquantly, mainly immigrants from India or Africa who worked in small, simple salons. After five days of trial, the Court of Human Rights recently dismissed the case. Reason: "Human rights legislation does not oblige a service provider to wax a type of genitals for which he has not been trained and which he has not consented to."