Why are assholes so successful? And what can we do about it?

They are everywhere: people who are always closest to themselves and for whom others are only a means to an end. Who would do anything for their own success, even walk over dead bodies. The only reason they don't do that is because they'd rather sit in a well-padded executive chair than in jail. They are egoists, selfish and selfish. Common sense tells you that you'd rather have nothing to do with these people. You don't want them to be friends or enemies. Yet they sit everywhere, especially in places where they are least useful: where they have power. Power over others, over resources and our planet. Power that they do not use in the interests of others or for the common good, but only to serve their own interests.

“Power attracts assholes, and does it make them bigger assholes? Well fine."

That shakes our belief in a just world at times: How the hell did this selfish asshole succeed? Why is this impossible Porsche driver, whose character would be classed as flashy and immature in any kindergarten, sitting on an executive chair or using red buttons that can be used to send atomic bombs?

Wouldn't the world be a much better one if influential positions weren't held by the Berlusconis, Rupert Stadlers and Oliver Samwers of this world? Wouldn't world peace, equality and climate justice suddenly be easy? But why is that not so? Why are there so many horrible people in so many places where power and money influence the fate of the world? 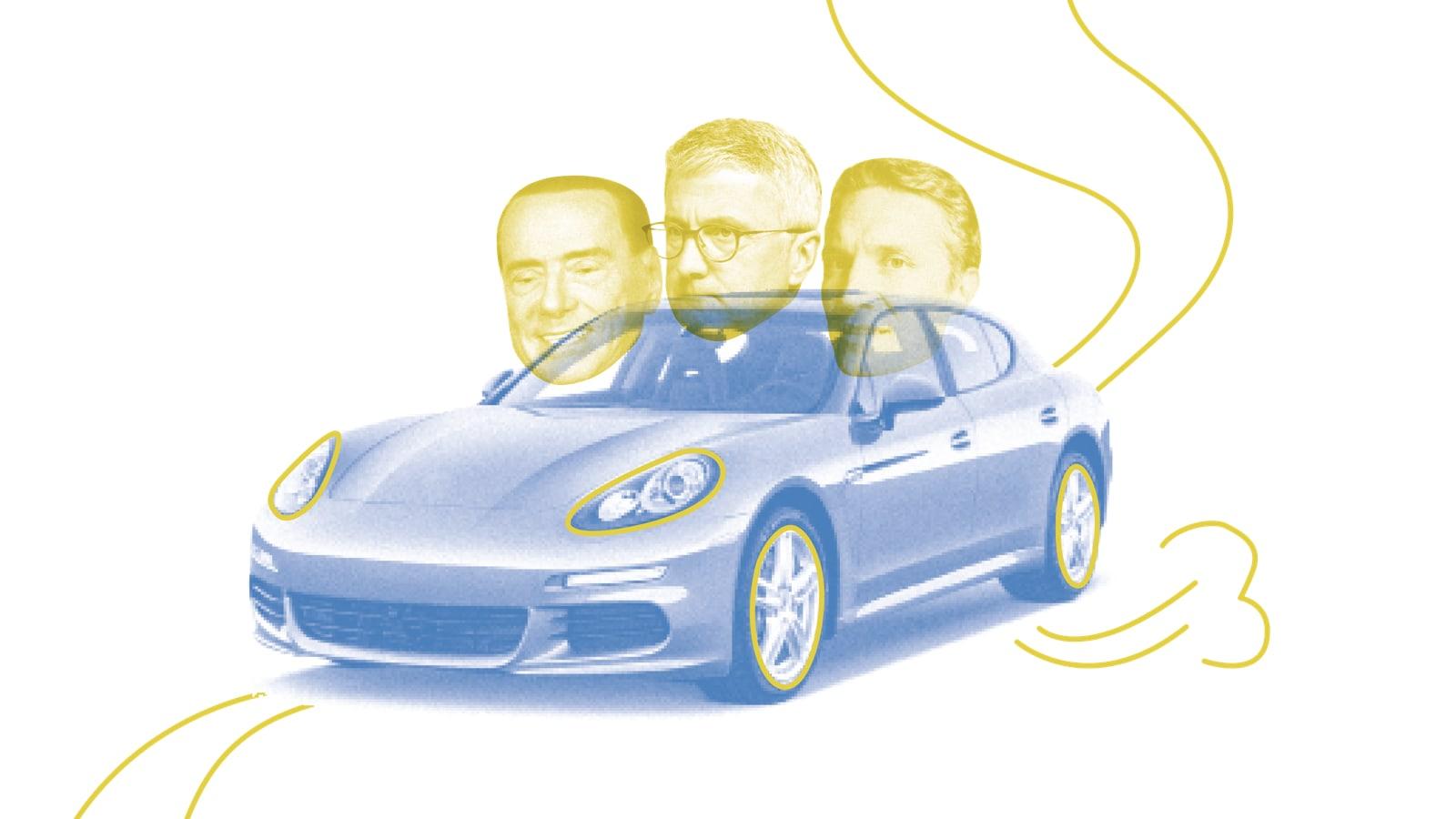 First of all we want to break a lance for the assholes, because it has long been known that power corrupts. Many studies have shown this, and even the ancient Greeks thought about how to get people out of a powerful office as quickly as possible during the legislative period. Because you knew that power can turn people into assholes. Shrewd psychologists have shown in many experiments that even the smallest bit of power can turn people into assholes and egoists: For example, in a question-and-answer game between two people, one of these people was randomly assigned the role of the omniscient questioner, and the other had to answer. It could be shown that the more powerful person (who knew the correct answers as the questioner) took more biscuits out of the biscuit bowl and more often the last biscuit.

However, it also seems to be the case that power and its cousin, money, attract assholes: This has to do with the fact that assholes, i.e. people who are primarily concerned with themselves, fundamentally overestimate their own wealth: where a humble person is shy and afraid of responsibility, the asshole has already sat down and ordered business cards. Most recently, in connection with Donald Trump, the Kruger-Dunning effect was often mentioned again. This describes the - scientifically proven - tendency of relatively incompetent people to overestimate their own abilities and underestimate those of others. In other words (those of Max Goldt): Stupidity likes to listen to the drums that are as big as possible.

So that means: power attracts assholes, and it makes them even bigger assholes? Well fine.

We don't just write about new work, we live it ourselves.

Our company has no CEO, our editorial team has no editor-in-chief. We work in a self-organized manner, all power lies with us in roles and processes. This ensures that big egos don't get too much room. Because with us people are not there for politics and power struggles, but for hearts and creativity

For us, responsible management means keeping an eye on future generations and having a positive impact on the world as a company. We print at the only GOLD-certified Cradle-to-Cradle printing company in the EU. This means: 100 percent of the materials used in printing can be fed back into the biological cycle.

With our founding in responsible ownership, we have anchored that our company will always belong to the people who are currently working in it. This independence also applies to our editorial team: We write about a topic because we believe that it has added value for our users. Not because someone pays us for it.

What we can still see: people with an asshole character only care about themselves and their own advancement. Completely unencumbered by self-doubt and moral considerations, they can coldly analyze what is to their advantage. Where other people invest time and effort to get socially involved, to help the weaker and also to let others have their say, the asshole grabs with both hands and likes to take the last piece of cake or the last biscuit from the biscuit bowl .

It's very simple (80 years of self-help literature can't be wrong!): People usually get what they want to do if they work hard to get it. And those who invest all their energy to be successful and keep everything to themselves have more in the end than someone who also shares or does something for others.

"Anyone of us who lets an asshole go first allows him to destroy the planet, to take advantage of other people and to enrich himself."

You just have to look around in the founding world: Anyone who claims to earn their money with decent products or services and to act within moral limits has a much harder time than someone who just wants to be financially successful. Those who have no qualms about making money with cheap clothes, who don't care about human dignity and CO2 emissions, have it much easier than those who want to control supply chains, pay fairly and assume social responsibility.

On the one hand, it's not that bad: as we can see in Donald Trump and his ilk, success does not make people happy. People who always want more never have enough and always compare themselves with what they don't have. So they don't necessarily have any of the success they have with their assholes. 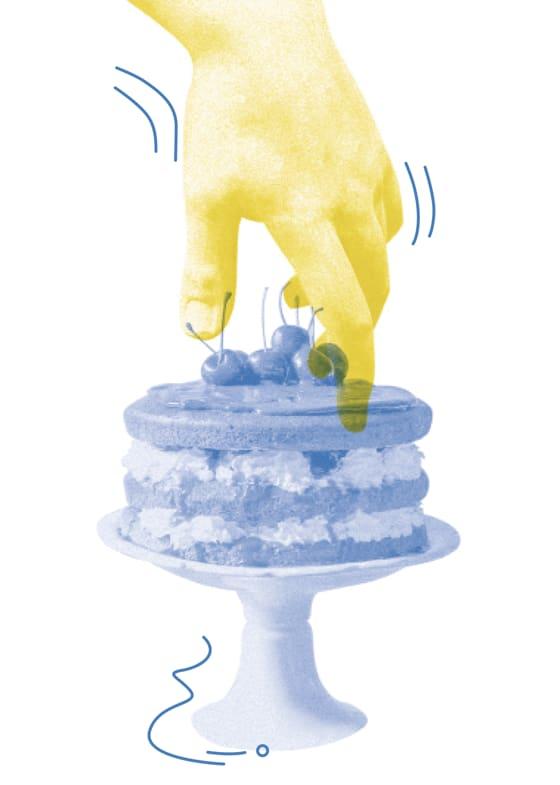 On the other hand, we all shoot each other in the collective knee when the decent people always politely step aside to make room for the assholes and think: Let this one do it; he'll already know what he's doing. This is dangerous: because every one of us who gives way to an asshole also allows him to destroy the planet, to take advantage of other people and to enrich himself. Anyone of us who gives our money unchecked to a company that may be controlled by assholes is indirectly contributing to a world that is ruled (and currently being destroyed) by them.

Since we humans have a good instinct for assholes (the psychologists might rather social cheater detector call), we would therefore like all of us to use this detector and Robert Sutton's motto the "No asshole rule" follow: which states that there should be zero tolerance for asshole behavior. No matter how competent or powerful someone is, selfish, reckless, pejorative behavior should never be accepted. Assholes should be put within their limits immediately, you shouldn't accept them in your own team, you shouldn't work for them as supervisors and if possible you shouldn't buy products from asshole companies.

Because everyone starts small: A huge asshole has to work its way up the career ladder, and in many small moments we can stand up to it. And of course that also includes looking self-critically in the mirror every now and then and asking yourself: Where was I an asshole myself today, and how can I do better next time?

Note: Please read the mentioned book by Robert Sutton only as a summary. The author of this article had already dealt with Prof. Sutton and - due to acute suspicion of an asshole - cannot recommend a purchase.